35% support independence for Wales within the EU 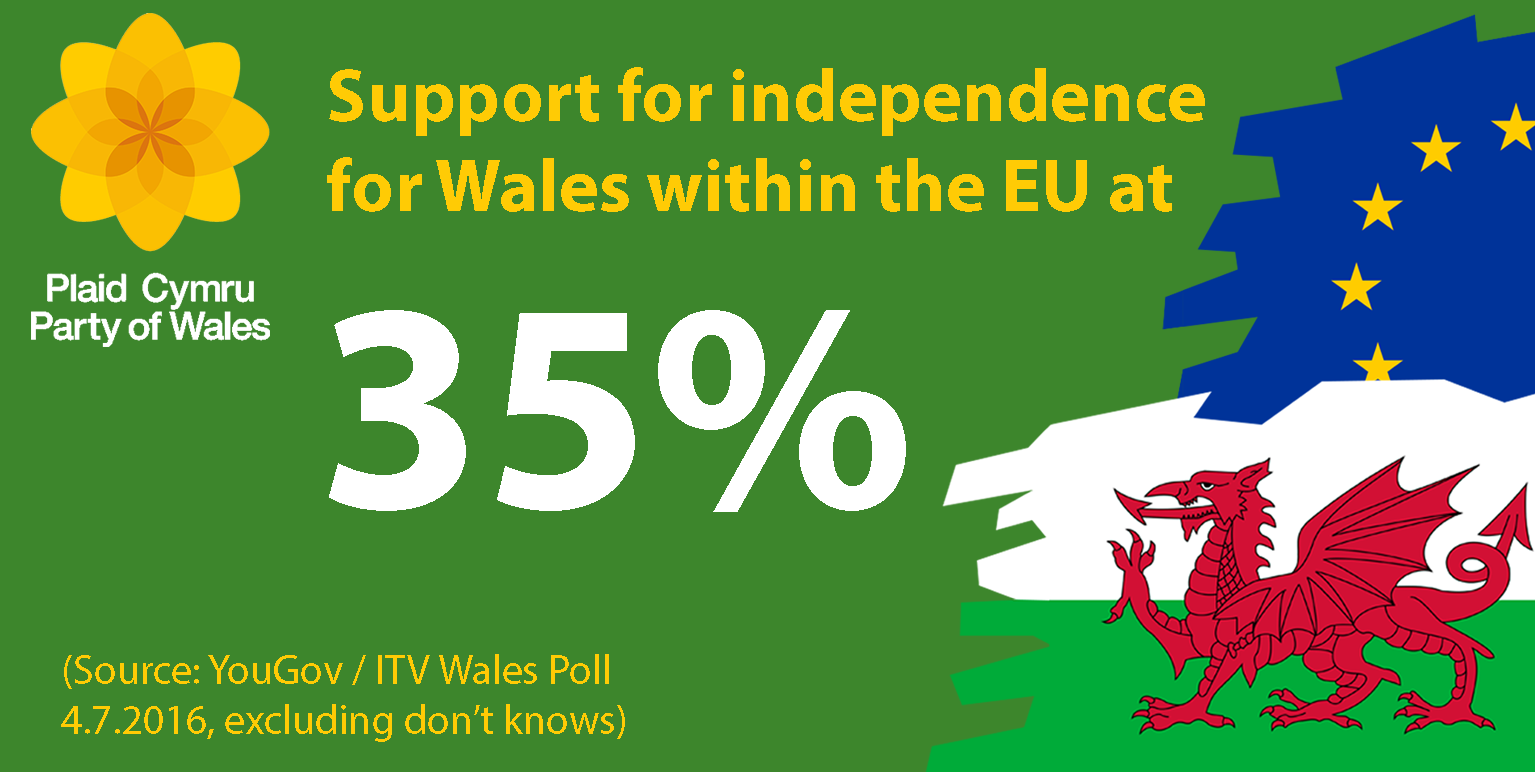 Support for Welsh independence within the EU has reached a staggering 35% in the latest YouGov / ITV Wales poll*.

This follows Plaid Cymru Leader Leanne Wood’s decision to put independence on the agenda in Wales following the UK’s decision to leave the EU.

The poll also shows that a majority of people in Wales would now vote to remain in the EU were the referendum to be held again.

Commenting on the findings of the poll, Leanne Wood said:

"There has been a clear rethink among many people on the question of Wales’ relationship with the rest of the UK and Europe. Plaid Cymru maintains that all options must be on the table to safeguard Wales’ interest in future, and in particular in the event that the UK ceases to exist.

“Around a third of people say they would favour an independent Wales remaining a member of the EU following Brexit, showing that Plaid Cymru is right in calling for and being prepared to lead a national conversation on our future as a country. A core principle of The Party of Wales is that people in Wales should decide on the nation’s future.”

The poll also shows that support for Plaid Cymru for both Westminster and Assembly are at near-record levels and that Leanne Wood is more popular than any other leader in Wales and England.

A Plaid Cymru spokesperson said: "The poll shows that Plaid Cymru is a party that more and more people trust to look after Wales’ interests. Leanne Wood once again comes out on top as the most popular leader and there is a significant strengthening in support for Plaid Cymru for the Assembly. The record support in Westminster is testament to the hard work of our MPs in giving Wales a strong voice in the UK Parliament.