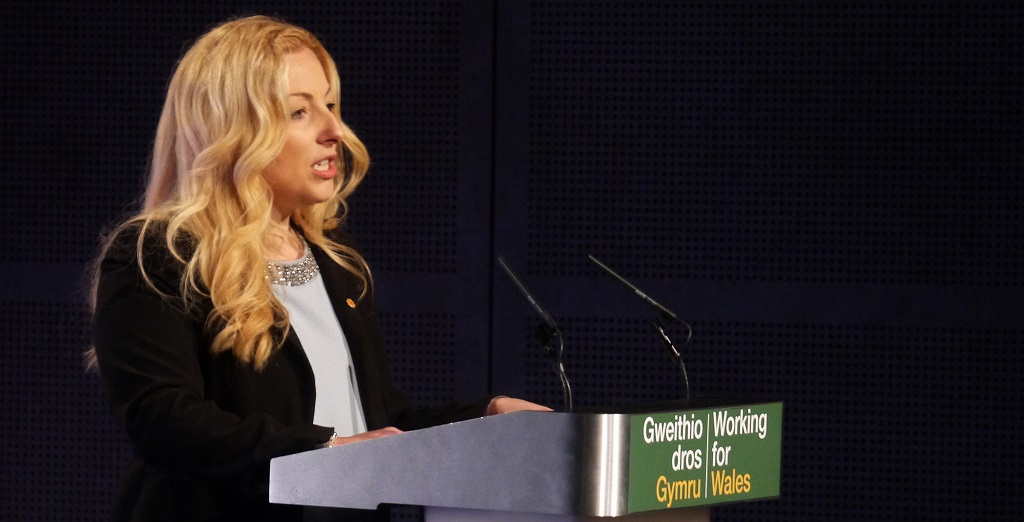 A campaigning councillor has been chosen to fight the Alyn & Deeside by-election for Plaid Cymru.

Carrie Harper, a mother of two, will contest the by-election on February 6th.

Cllr Harper said her party's campaign would focus on the way Welsh Labour was failing the NHS locally and the need to protect local communities from developers intent on building thousands of homes on greenfield sites.

Cllr Harper said: "This is a by-election that we all wish wasn't needed and my first thoughts are with the family of Carl Sargeant.

"Our campaign as a party will be to highlight the problems facing the NHS in Wales. Alyn and Deeside along with many other parts of Wales is seeing a crisis in GP practices, huge delays in getting treatment for orthopaedic and other services as well as long queues at A&E.

"Betsi Cadwaladr health board is running a huge deficit, despite being under the direct control of the Welsh Labour Government for the past 30 months with no prospect of improvement. GPs in Deeside as elsewhere are under pressure because of a failure to invest properly in a long-term training and recruitment programme that means this part of Wales has failed to keep pace with retirements.

"Plaid Cymru's solution, which we've been advocating for the past four years, is to train and recruit 1,000 extra doctors. There is no quick fix but the failure of the ruling Labour party to take action has led to this worsening crisis. If we keep voting the same way, we'll get the same results and nobody wants that."

Cllr Harper was involved in a campaign to keep maternity services in north Wales and challenged the then health minister Lesley Griffiths on the downgrading of special care baby units in Wrexham and Ysbyty Glan Clwyd.

She said: "I'm asking the people of Alyn and Deeside to put their faith in someone who will challenge the political establishment parties in Cardiff and London, who will stand up for local interests and defend our communities from the very worst that those parties are throwing at us."

Cllr Harper, who has campaigned against large housing developments on greenfield sites, adddd: "Flintshire is also facing the challenge of large-scale housing developments on greenfield sites. This is down to the Welsh Government imposing unreasonable housing targets on local councils. This has seen neighbouring Denbighshire and Wrexham councils being forced to increase the numbers of houses as a result and developers taking advantage.

"In many communities, developers are now applying to build hundreds of new houses on greenfield sites and my concern is that we're losing good farmland for commuter estates without having the necessary infrastructure to cope - our roads are congested, our schools are full and health and social services are pushed to the limit."

Cllr Harper called for a community-based approach to development that assessed local need rather than allowing speculative developers to dominate proceedings.

Llyr Gruffydd, Plaid Cymru's North Wales AM, said: "Carrie Harper has my full support as a campaigner with a proven track record in terms of fighting for better health services and for communities. We're all aware that the local health services face huge challenges due to Welsh Labour's failure to run Betsi Cadwaladr Health Board. The people of Alyn and Deeside deserve better than that."

She also won the backing of North Wales Police and Crime Commissioner Arfon Jones: "Carrie is a tireless campaigner who I've worked alongside over many years. She will be a strong voice for the people of Alyn and Deeside, who have the opportunity to send a clear message to Carwyn Jones down in Cardiff Bay that we must change direction."