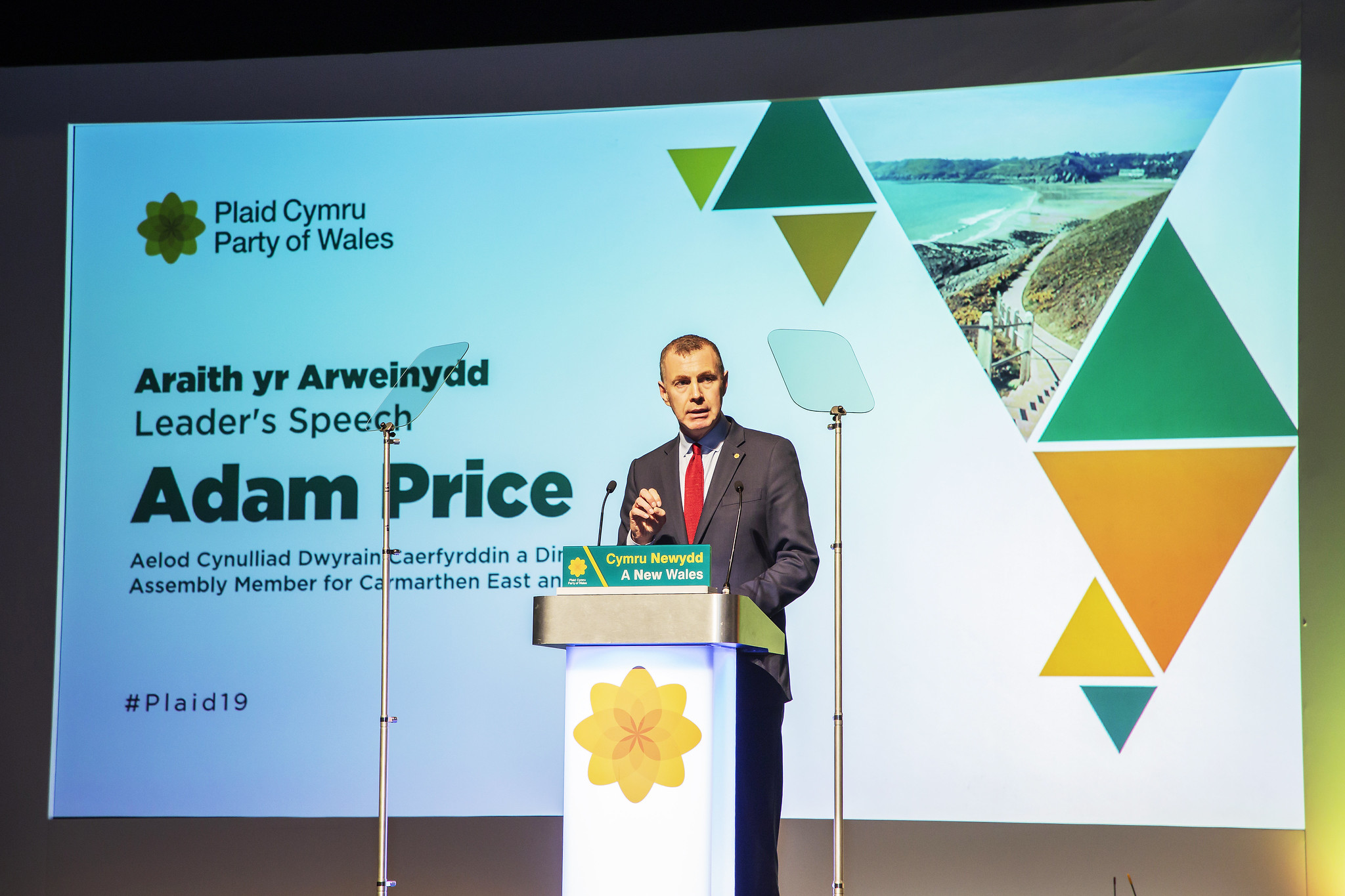 In his speech at his party’s annual conference in Swansea today, Plaid Cymru leader Adam Price has said that his government would lift 100,000 children out of poverty.

Speaking to party members gathered at Swansea’s Grand Theatre, Mr Price talked of his upbringing in Ammanford, and how his family was crippled by debt after the miners’ strike.

Mr Price told the audience his mother “scrimped and saved” to get him through Sixth Form and university, which helped him get out of poverty.

He told the audience: “I was raised out of poverty and I can never rest until we’ve done the same for every child in Wales”.

Mr Price pledged that a Plaid Cymru government would introduce a new Welsh Child Payment of £35 a week for every child in every low-income families, following the Scottish model.

The policy would lift thousands of children out of poverty overnight, said Mr Price.

Alongside the Welsh Child Payment, Mr Price also pledged that a Plaid Cymru government would introduce free universal childcare from ages 1 to 3, a youth job guarantee, and free social care at the point of need.

“I know a little about poverty myself.  It’s not something I had to study in a book. Aged 15 all my family had to sustain me was my Child Benefit and a little blue plastic token which gave me a free school meal.

“Crippled by debt after the Miners’ Strike I came within a hair’s breadth of having to come out of Sixth Form to get a job to put money on the table. My mother somehow scrimped and saved like only she can to get me through A Levels and on to University where my year was the last to receive a full grant.

“I was raised out of poverty and I can never rest until we’ve done the same for every child in Wales.

“The Welsh Labour Government had a target to end child poverty by 2020, a commitment like so many that they quietly dropped. Now we are the only country in these islands where child poverty is rising. A third of our children live in poverty – as many as half the children in Penrhiwceiber, Queensway in Wrexham; Pill in Newport; Butetown; Castle ward here in Swansea.

“But the good news is we can do something about it and I’m pleased to announce that a Plaid Cymru Government will introduce a new Welsh Child Payment of £35 a week for every child in every low-income family in Wales, taking tens of thousands of our children out of poverty overnight.”