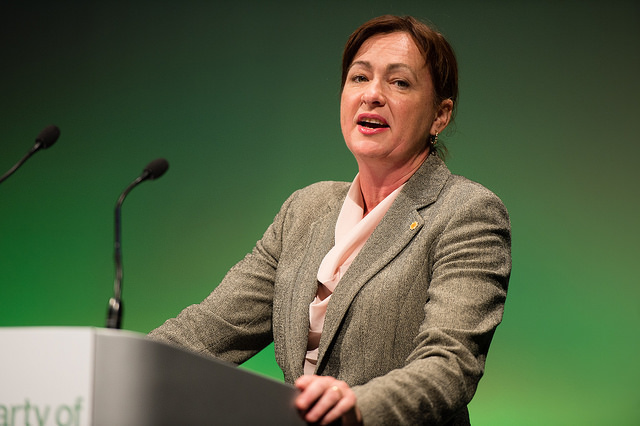 Plaid Cymru MP, Liz Saville Roberts will today introduce a Private Members’ Bill to prevent convicted perpetrators from using the Civil and Family Courts as a means of further harassing their victims.

The Bill, which was drafted in conjunction with the Victims' Rights Campaign and has cross-party support, would prevent convicted perpetrators from making vexatious applications to the Civil and Family Courts in order to further abuse, distress or harass their victims. It would give the victim the power to inform the court of any relevant convictions or restraining orders in respect of the applicant; place a duty on the applicant to declare any unspent convictions and restrictions; and place a duty on the court to investigate the claims and declarations. Failure on the part of the applicant to declare convictions would be an offence.

Plaid Cymru has received numerous case studies of meritless applications being made to the Civil and Family Courts by people with convictions against their respondents, forcing victims to attend hearings, sit in waiting rooms with their perpetrators and often get cross-examined by the abuser.

A dossier of 25 cases has been released today by Plaid Cymru, where the purpose of the court hearings in question were to distress the victim. In all these cases the applicant has convictions for either stalking, harassment, grievous bodily harm or murder. In the majority of cases a restraining order or similar restriction has been placed on the applicant.

A survey of 122 victims of stalking and domestic abuse by Plaid Cymru and Voice4Victims in May 2017 reviewed victims’ experiences of vexatious court claims initiated by their perpetrators. This found that 55% of the victims had court proceedings taken out against them by their abusers. All the victims had a restraining order in place. Two thirds of the victims had to appear in court and one third were directly cross examined by the perpetrator. In only a quarter of the above cases did the Police view the court proceedings as a breach of the restraining order.

Case studies also confirm that all prohibition orders are frequently not adhered to, and that such breaches are often not enforced. Ms Saville Roberts’ Bill also introduces sanctions for multiple breaches of restraining orders.

“This Bill is about proper protection for victims of abuse. Convicted perpetrators are being allowed to make vexatious claims in the Civil and Family Courts as a means of further harassing their victims.

“Victims are being taken back to court to face their abusers for no reason other than to be further abused by their perpetrators, even when those perpetrators have restraining orders against them. That some of these victims are forced to face cross-examination by their abusers is deeply disturbing and this Bill will make sure victims are no longer forced to endure such harassment and humiliation.

“Restraining orders also need to be strengthened and effective sanctions introduced against those who repeatedly breach their orders.”

“Abuse of court process has been going on for years. It is a means by which the subjects of restraining orders can still have contact with and continue to abuse their victims. The Police and the Crown Prosecution Service must judge this behaviour to be unlawful. Sanctions for such behaviour must be strengthened with a presumption of custody for multiple breaches. Victims must be at the centre of the justice system, not in its margins.”

The Bill is supported by MPs from the Conservatives, Labour, SNP, Green Party, DUP and the Liberal Democrats, with support also from the Women's Equality Party.