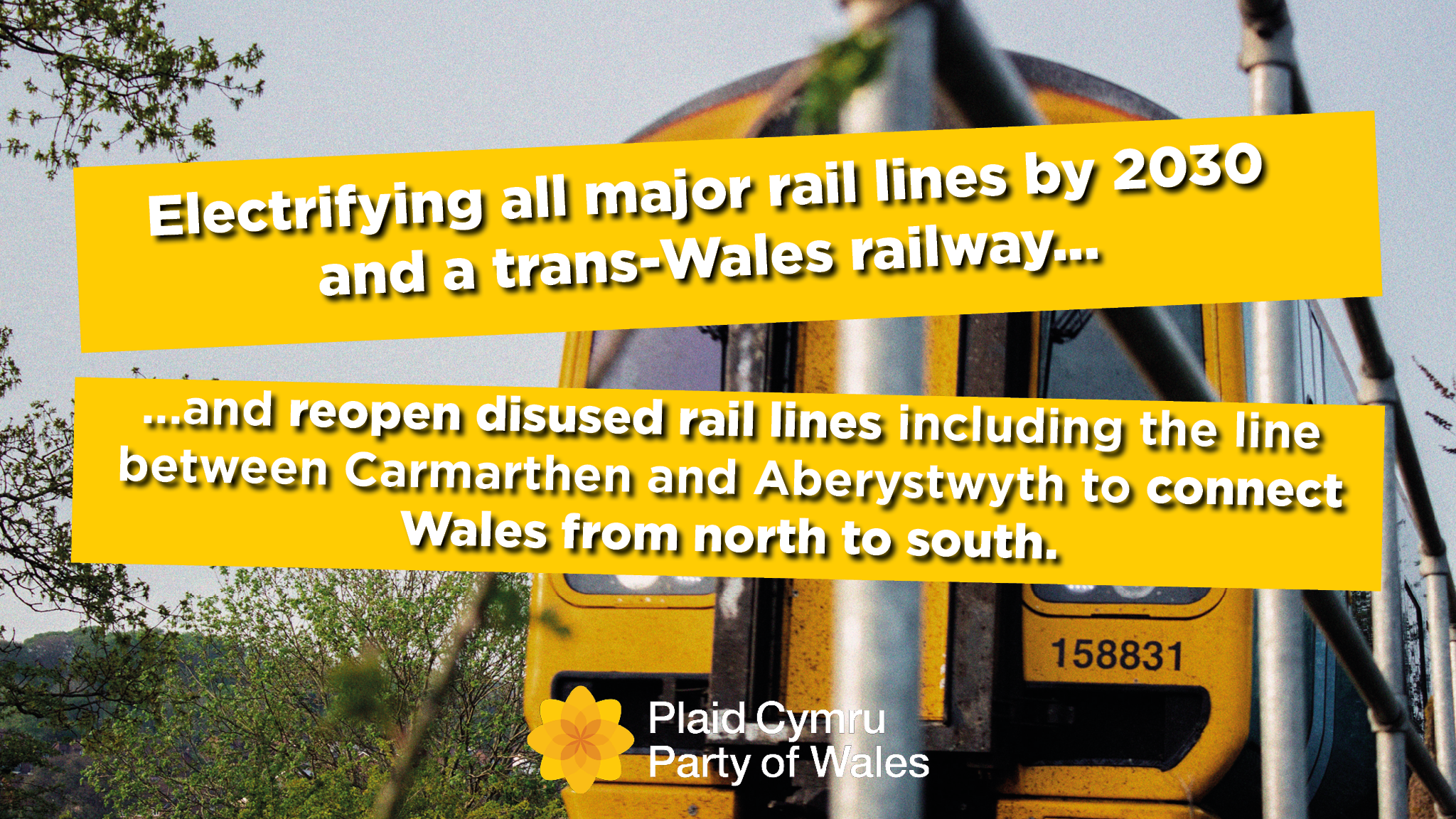 The party’s leader, Adam Price AM, will travel from Cardiff to Ynys Môn today for the final weekend of campaigning ahead of polling day next week.

During many of the campaign’s televised debates, Mr Price has drawn attention to the fact that Wales receives just 1% of the UK’s rail infrastructure spending, despite having around 5% of the population.

Due to there being no easy direct north-south rail link, Mr Price’s journey north will take just shy of five hours and will include six train stations in England.

Speaking ahead of his journey, Plaid Cymru leader Adam Price AM said:

“Anyone who has ever tried to get around Wales by train knows that what we have now is a crumbling, 19th century rail system that simply isn’t fit for purpose.

“What we need in this country is a rail revolution, and that’s what Plaid Cymru is proposing through our Green Jobs Revolution. We will create a trans-Wales railway by reopening the Carmarthen to Aberystwyth line and onwards to the north, we’ll electrify all main routes, we’ll build a metro in the south east and north east, as well as the 50 km Cross-rail for the Valleys.

“Under successive governments of the two big Westminster parties, Wales’ rail infrastructure has fallen into disrepair and disrepute. But for a modern railway system fit for a 21st century country, it’s us.”