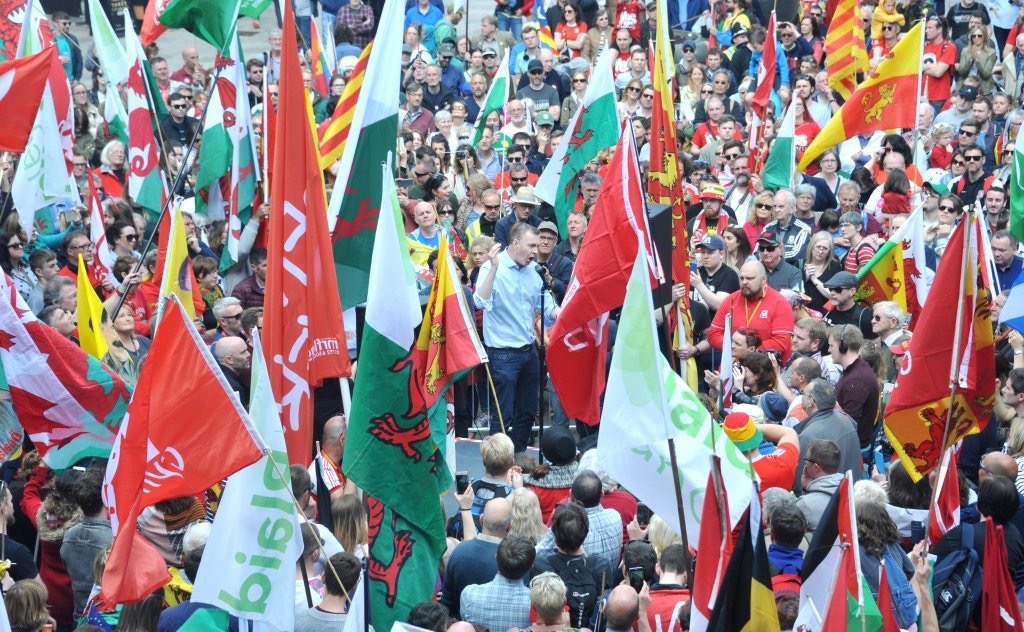 Adam Price has said that Plaid Cymru is making Westminster “wake-up to Wales” after reports in the Financial Times of a leaked document from the de-facto Deputy Prime Minister outlining that rising support for the Party of Wales meant “we [the Westminster Government] cannot be complacent about Wales’s attitude to the Union and independence”.

The Cabinet paper, seen by The Financial Times, said that there is a “real risk” of the United Kingdom breaking up, with all four nations going their own way in the event of a no-deal Brexit.

“It is decades of relentless neglect from Westminster that is meaning Welsh independence is not only desirable, but necessary. We simply cant afford not to be independent.

“Wales faces a stark choice of two futures – either as a peripheral part of a crumbling empire, committed to Brexit, or as an independent nation within the European Union in its own right.

“The Cabinet Secretary is realising what thousands have already realised in Wales – with Plaid Cymru, there is a better way.”