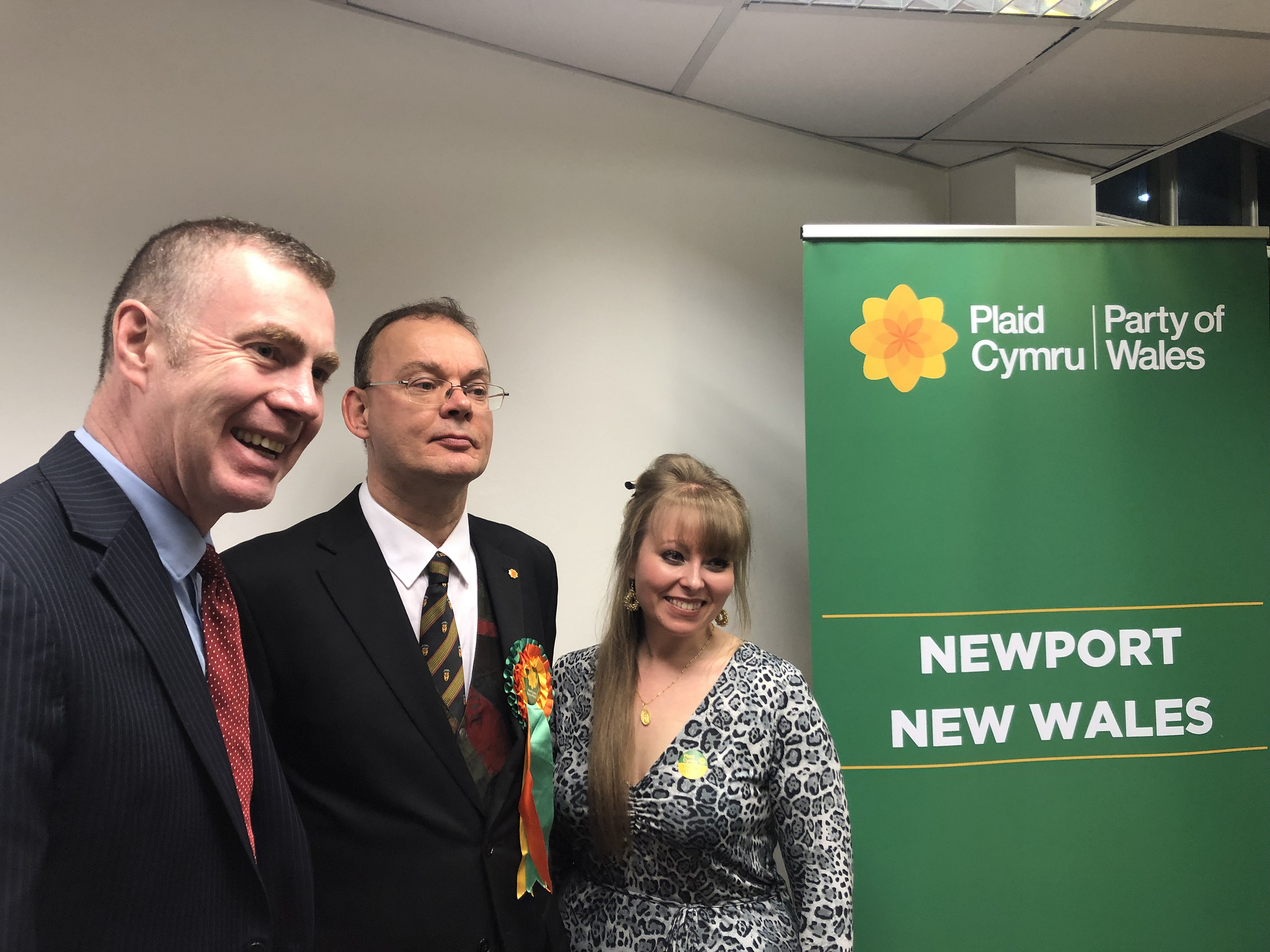 Plaid Cymru will launch its campaign for the Newport West by-election this evening at a special event where it will formally open the party's campaign office in the city.

The launch will focus on the party's election message of 'Newport, New Wales' - a message Plaid Cymru says will resonant with local voters who are looking for positive ideas and actions to turn around Newport's economic fortunes.

Plaid Cymru candidate Jonathan Clarke says he will be campaigning to "restore pride in my home town", add will speak to voters about the "issues which matter to us all in Newport". He will be joined at the launch by party Leader, Adam Price AM and regional Assembly Member, Delyth Jewell AM.

Plaid Cymru will be contesting the election following two recent opinion polls showing the party on an upward trajectory, with the party receiving its highest share of support in both Westminster and Assembly polls.

Party leader Adam Price said that Newport will be his party's launch pad to their work of creating the New Wales and presenting Plaid Cymru as the party for all of Wales.

"I'm standing for Parliament as I want to restore pride in my home town."

"I was born and bred in Newport, and I care deeply about our city's future. It grieves me to see the decline over recent decades.

"I will be speaking to voters about the issues which matter to us all in Newport, such as the traffic chaos, our high streets dominated by empty shops and the heart breaking number of people without a home. I know that Newport can be so much better than this.

Ahead of the launch, Plaid Cymru Leader Adam Price AM said:

"Jonathan Clarke is Newport through and through. His commitment to his hometown combined with his concern for others will see him make an excellent Member of Parliament and ambassador for the city.

"When the people of Newport cast their ballot in this by-election we may well have already left the European Union. Brexit has been and continues to be a farce. Westminster has proven itself unwilling and incapable to consider the needs of Wales. Now more than ever the people of Newport need an MP who is rooted in the city, understands their needs and will be prepared to stand up for them. Jonathan Clarke is that person.

"Our campaign slogan of 'Newport, New Wales' sums up perfectly the positive message Jonathan, local party members and Plaid Cymru want to share with voters as we kick start our work on becoming the party of choice in all of Wales.

"What's clear is that Newport needs a fresh and enthusiastic champion and Wales needs new leadership and new ideas. Plaid Cymru is putting that on the ballot paper in this by-election."

"It's very exciting for me to be with Jonathan today as we launch our by-election campaign.

"Having strong, local champions in Westminster has never been so crucial. I know that Jonathan will be a credit to his city and community in the corridors of Westminster.

"I'm looking forward to working with Jonathan over the coming weeks, and talking to the people of Newport West about the change we can bring about together."