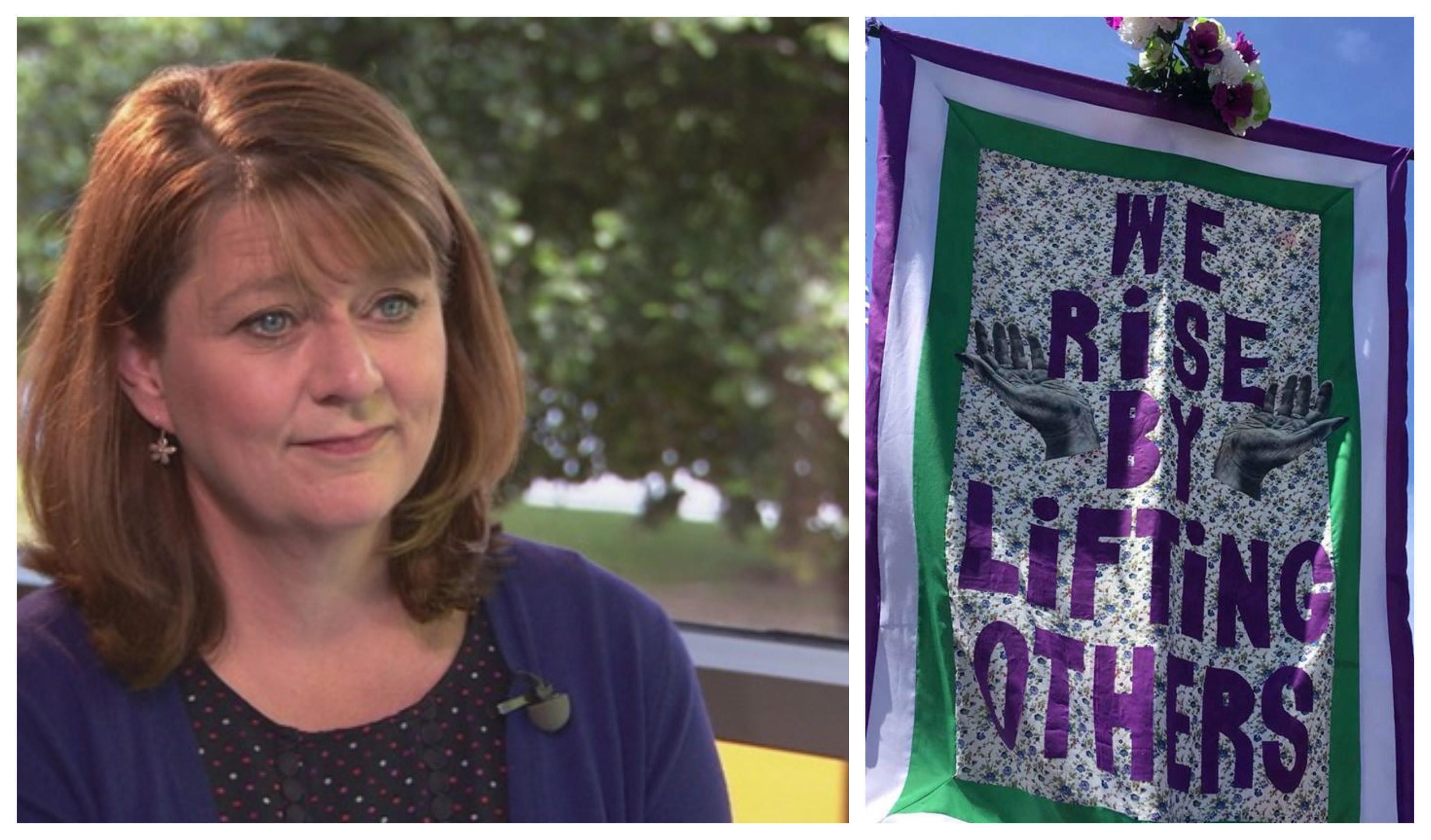 Leanne Wood AM has helped to launch a network that will be dedicated to tackling sexual harassment and assault.

The network will also be there to support survivors of such crimes and aim to bring about lasting change in Welsh society.

The Rhondda AM said many people guilty of sexual harassment or assault were getting away scot-free due to weaknesses in the reporting process. There was also a lack of support for victim, she said, due to the underfunding of services.

“For too long victims of sexual abuse or harassment have been failed by the system at many different levels,” said Ms Wood.

“It is unacceptable that many people do not have confidence in the system so do not report incidents when they happen. That is an injustice and it cannot be allowed to carry on.

“This new network, which aims to bring together a number of key and influential organisations, will strive to change that and empower people who have experienced abuse to change the system that is currently letting them down.

“It’s about making Wales a safer, a more equitable and a better place for people to live and work in, free from harassment and abuse. That is something all of us can aspire to create.”

“Despite how far we’ve come in recent years, there are women in Wales who still live with abusive and controlling partners, harassment and violence when they’re out at night, and discrimination and injustice in the workplace.

“It is not controversial, radical, political, or partisan to suggest that no woman should have to live in fear of, or with the reality of, violence or harassment. So, I have one message for those who think this can carry on: your time is up.

“I am proud to be joining Leanne Wood and many others from all parties and none on this Time’s Up campaign for Wales. Together, we are determined to find solutions to this problem and put an end to harassment, sexual assault, and violence against women once and for all.”

“There needs to be real change at all levels of society if we are to tackle sexual harassment and this network is definitely a step in the right direction.

“At Chwarae Teg we are advocates for gender equality and social justice and work hard to improve the position of women in the workplace and in wider society. I hope this new network will be a real catalyst for challenging the attitudes that can detrimentally effect women in many areas of their lives.”

“Welsh Women’s Aid has been working to ensure that the Time’s Up movement is visible and creating change in Wales.

“Over the year we have seen the national conversation changing, with the acknowledgement across industries of the ubiquitous of women’s experiences of sexual harassment and the need to take action to address the cultures and inequalities that have allowed it to continue.

“However our sexual violence service members continue to report to us the uncertainty and chronic shortage of funding to meet the increasing demand for support.

“As the national charity in Wales working to end all forms of violence against women, we are pleased to come together with survivors, activists and specialist services to look at the collective action needed to create a Wales where communities challenge harassment, violence and abuse of women and girls and where specialist services across Wales are sustainably funded so that they are accessible whenever and wherever survivors need them.”

Anyone affected by violence against women, domestic abuse or sexual violence in Wales can contact the Live Fear Free Helpline on 0808 80 10 800 for 24/7, for confidential information and support.

The ‘Times Up’ event will be held between 2pm and 5pm on Thursday January 17th at the Pierhead Building in Cardiff Bay.