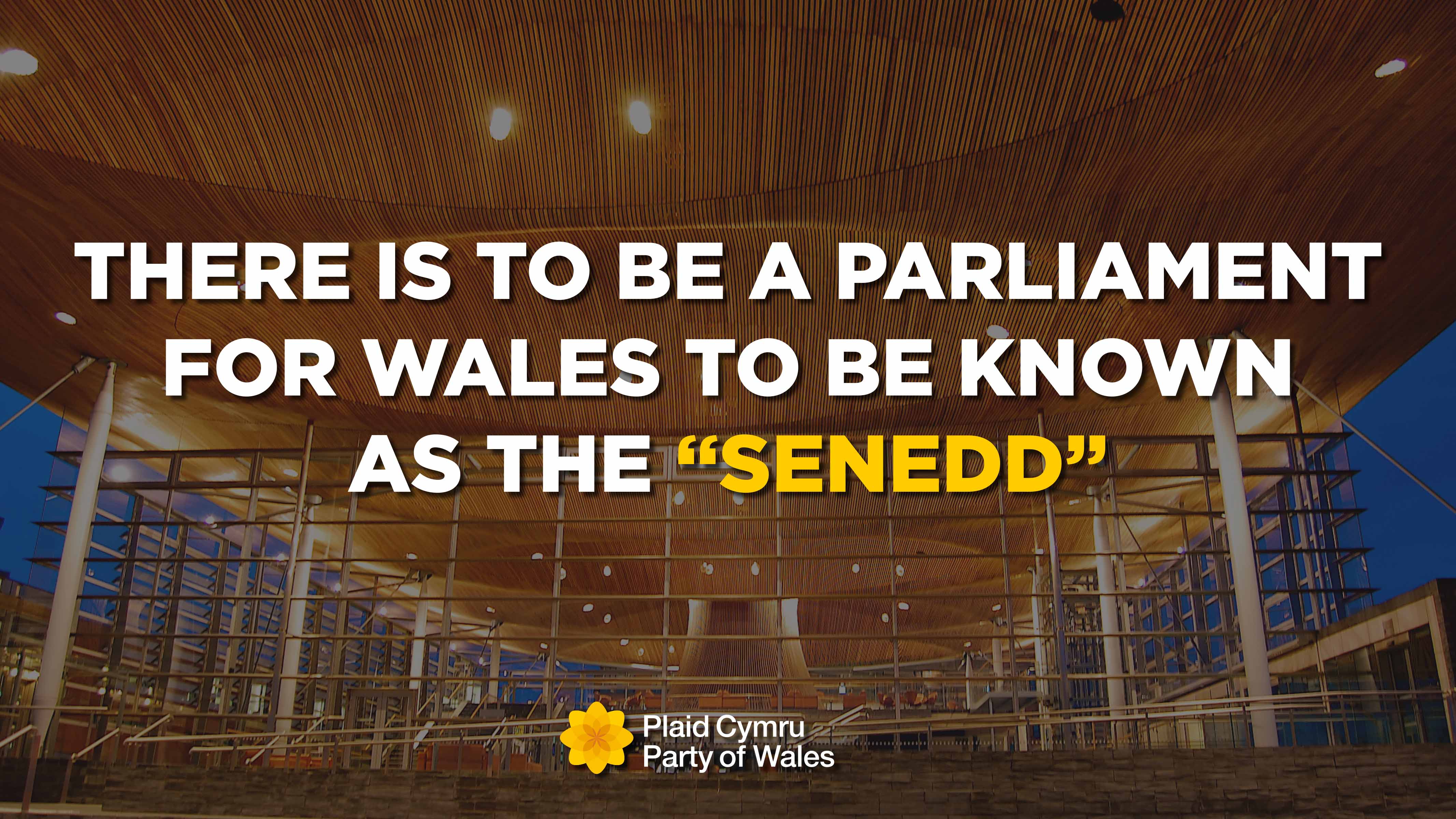 Plaid Cymru have made a last ditch appeal to the First Minister to allow Labour Welsh Government ministers a free vote on naming the National Assembly for Wales when it will be debated today.

There had originally been a form of consensus with the First Minister, Mark Drakeford, noting his support of the Welsh-only ‘Senedd’ name. However, the Welsh Government have since confirmed they will be whipping ministers to support an amendment put forward by previous First Minister and current Labour backbencher, Carwyn Jones, to drop the already widely-used Welsh-only name.

Speaking ahead of the debate on the Senedd and Elections Bill today, Plaid Cymru’s deputy Leader, Rhun ap Iorwerth AM said that Plaid Cymru strongly supported Senedd becoming the official name in both the main languages of Wales noting that the Welsh language belongs to all the people of Wales, whether they speak the language or not.

Mr ap Iorwerth said that whilst the matter went ‘beyond party lines’, it was time to ‘take ownership’ of one name that ‘belongs to each and every one of us’.

He urged the First Minister ‘at the eleventh hour’ to allow Welsh Government ministers a ‘free vote’ on the matter.

“It is patronising to assume that those who do not speak Welsh will not understand the name Senedd – a name that is very widely used already. Furthermore, if it is a matter for Members, as the First Minister argues, will he not allow his Ministers a free vote on this matter?

“While this is a matter that goes beyond party lines, I appeal to the First Minister at this eleventh hour to show confidence in the ability of the people of Wales, whatever language they speak, people should be able to take ownership of one name that belongs to each and every one of us.

“Let's instead be confident in ourselves, uniting the nation behind the name that belongs to everyone regardless of their language, reflecting both our heritage and the dawn of a new kind of democracy.  This is our Senedd, a unique name for a unique Parliament.