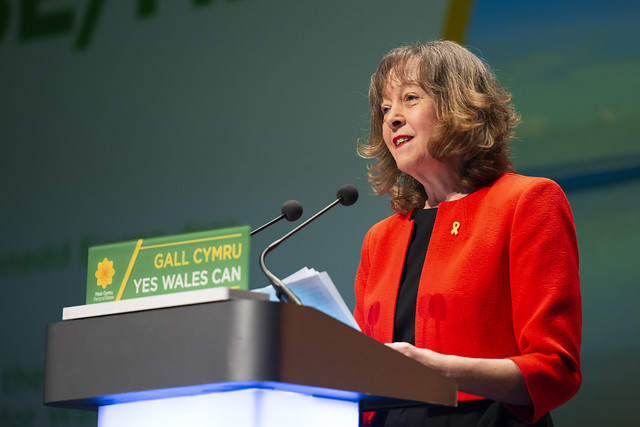 Plaid Cymru’s sitting MEP and lead European election candidate, Jill Evans, has said the Westminster Government's decision to wait until the voter registration closing day to confirm the election is going ahead is “deeply cynical”.

Plaid Cymru has already been campaigning ahead of the election. During the launch of their campaign, Plaid Leader Adam Price emphasised the party’s support for a People’s Vote, maintaining Wales’s place in Europe and the wider significance of these elections in making Wales matter.

Today (7 May) is the last day people can register to vote in the European elections, which the Cabinet Secretary, David Lidington MP, confirmed will take place on Thursday 23 May.

“The British government has chosen to wait until the deadline to register to vote to confirm that the European election will be going ahead.

“This is a deeply cynical move, which way well leave thousands of people disenfranchised because they didn’t know there was an election happening.

“Plaid Cymru has already started campaigning and a growing number of people across Wales are agreeing with us that the only way to make Wales matter in this election is to vote Plaid Cymru.”