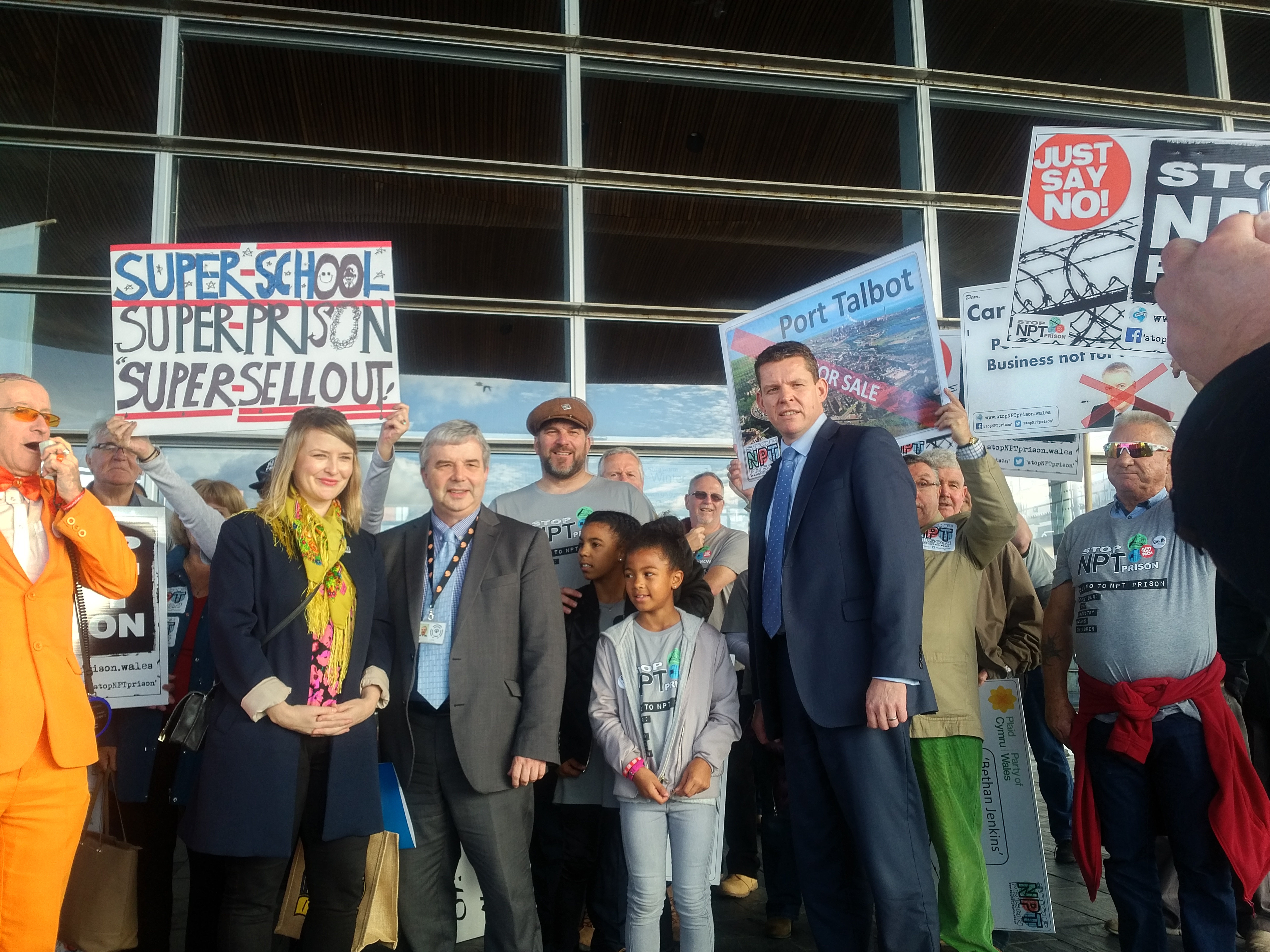 Speaking ahead of the anti-super prison petition handover at the National Assembly, Ms Jenkins congratulated the hard work and dedication of local activists and said that the result of the petition - with almost 9,000 signatures - demonstrated the sense of feeling in the community.

The petition calls on the Welsh Government not to sell the land which they own in Baglan, which is part of the Port Talbot Enterprise Zone, to the Ministry of Justice for a 1,600 capacity men’s prison. Campaigners will hold a rally outside the Assembly today from 12pm with the handover of the petition at 12.30pm.

"It's very clear that this prison isn't wanted by the community. What's clear is that they want the Welsh Government to stand up for their town, to bring proper economic development, business and better economic diversity. They do not want and Wales does not need a prison of this magnitude in the heart of Wales' premier industrial area.

"The Welsh Government needs to stop the pretence that this prison has nothing to do with them. They own the land, they provided the MOJ with the option of the land and have been co-operating with them for some time - that is clear. But this land is not only the wrong location - being held in covenant for enterprise purposes and being in a flood zone - it's also wrong for Wales. We don't need another super prison. We don't need or want to be an importer nation of prisoners. The Labour Welsh Government must start to think higher of Wales and show some ambition for our communities, rather than try to palm off things like a new prison as economic investment. People aren't buying it. I hope now that they will tell the MOJ to go back to the drawing board."