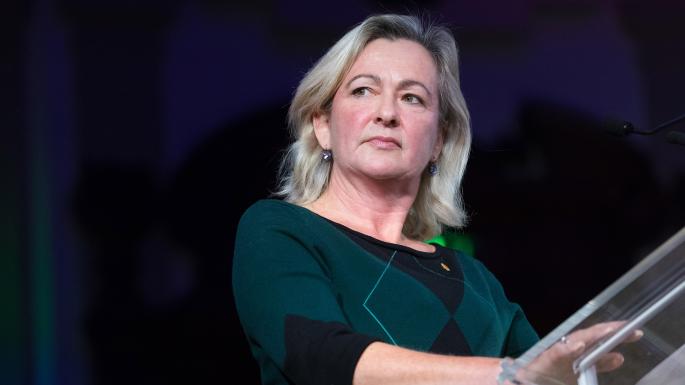 Plaid Cymru’s Westminster Leader, Liz Saville Roberts MP, will tell opposition party leaders that they should be ready to impeach Boris Johnson if he ignores the newly passed legislation requiring the Prime Minister to request an extension to avoid a No Deal Brexit.

It has emerged that Boris Johnson supported the last attempt to impeach a Prime Minister in 2004, co-signing the motion tabled by current Plaid Cymru leader and then-MP Adam Price seeking to impeach Tony Blair over the Iraq war.

The Prime Minister also wrote a column for The Telegraph at the time in which he outlined his support Adam Price’s attempt to impeach Blair and the process itself. Mr Johnson wrote in 2004 “He [Tony Blair] treated Parliament and the public with contempt, and that is why he deserves to be impeached: that is, to be formally held to account, in the way that Adam Price suggests. It does not mean that he would be forced to resign: only that he would have to explain himself, as Palmerston had to explain himself when he was impeached in 1848.” Mr Johnson added that impeachment “procedure would at least force Blair to come clean, and say why he felt it necessary to be so reckless with the truth.”

The process would see the House of Commons first vote on an impeachment motion, which, if passed, could lead to prosecution and trial. Historically trials have taken place in Westminster Hall, on the Parliamentary estate.

Opposition party leaders have already agreed that Parliament should be sitting – and no General Election called – until Boris Johnson secured the extension as required by legislation. Impeachment would be a process by which Parliament could hold Mr Johnson to account if he failed to comply with the law after the European Council on 17th and 18th October, as he has threatened.

It only takes one MP to make the accusation of High Crimes and Misdemeanours against a public official for the impeachment process to begin. Once the accuser has presented his or her proofs to the Commons and if the House agrees that there is a case to answer, a committee is established to draw up articles of impeachment. The Lords are notified and if they agree to the articles they then appoint prosecutors to try the case before the Lords who are the judges. If there is a conviction the Commons decides the sentence.

Although a number of Ministers up until the 19th century have been impeached, no Prime Minister has ever been successfully been impeached.

“Boris Johnson has already driven an bulldozer through the constitution, so no longer are ideas like impeachment farfetched.

“I will tell other opposition party leaders, we need to be ready to impeach Boris Johnson if he breaks the law.

“We cannot play the Prime Minister at his own cynical game. We need to be ready to fight fire with water, outsmart the smartest, think the unthinkable.

“Impeachment was a process backed by Boris Johnson not so long ago. A man sacked for serially lying backed the impeachment of Blair for the same reason – lying. If the Prime Minister becomes a law-breaker, we have an even stronger case for impeachment than the very cause he advocated back in 2004.

“No PM would want to play fast and loose with views he held on such matters in the past.

“The future of our communities are at stake and I will not let him get away with running them into the ground thanks to a plummy accent and a memorable haircut. They have brought a campaigner to a constitutional fight, when they should have brought a lawyer.

“No one is above the law, Boris Johnson shouldn’t risk finding that out the hard way.”