Holding Labour's Feet to the Fire for a Fairer Wales 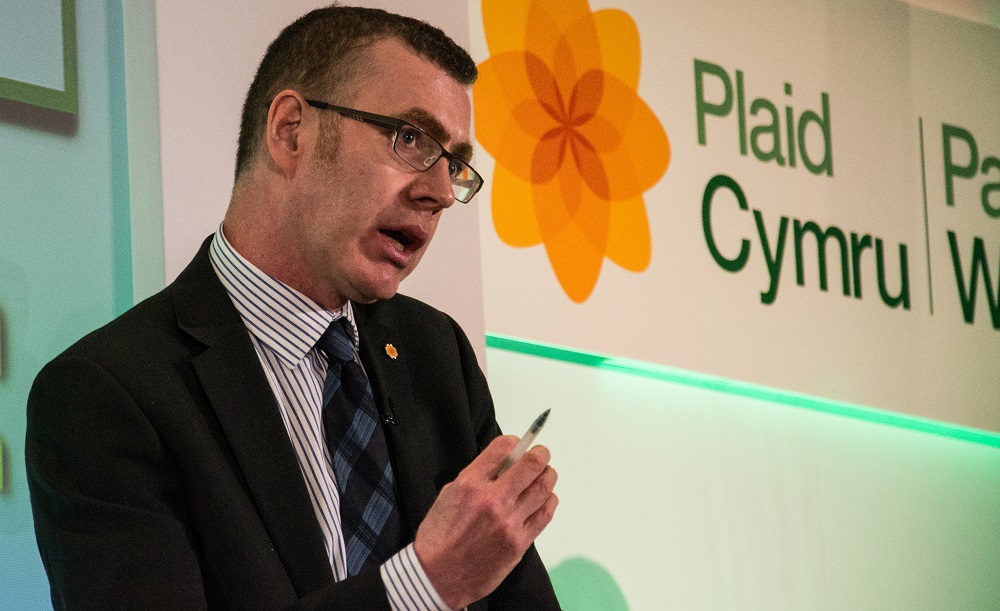 This year, a range of communities placed their trust in Plaid Cymru at the ballot box. From north to south, and east to west, we have put down roots in parts of the country, giving us a platform on which to build a Wales of ambition and of justice. This week, we again demonstrate that we can hold the Labour Government to account, whilst negotiating for concrete gains to improve the nation.

The case for a Plaid Cymru Government is gathering pace, and a hint at that final destination is revealed in this week’s Welsh budget announcement.

Our policy ideas are forward-looking. We are a party that still believes in a New Wales, twenty years after people first voted for one. But two historical figures can be drawn upon to illustrate why we are forcing the Welsh Government to deliver this bargain.

It was Aneurin Bevan who spoke of the “language of priorities”. And the priorities that my party has secured in this deal give a flavour of how we would govern. They are a modern expression of the policy priorities of my other Welsh political inspiration, Gwynfor Evans. These are unashamedly nationalist priorities which take forward projects which need to happen.

The majority of the commitments are Plaid Cymru ideas. The total value of these policy initiatives is £211m. When added to the pledges which we unlocked by challenging the Labour Government for the First Minister post, we will have secured half a billion pounds. This means that Plaid Cymru has secured more policy commitments from opposition than any other party in the history of devolution. And it is crucial to note that this has not been achieved by “cosying up” to Labour, but by challenging them and achieving a strong negotiating position.

The deal continues the commitments we secured last year, especially the additional money for mental health services, higher and further education, and funding for the arts. These sectors were seriously neglected and under-funded. Strengthening Welsh culture is of particular importance to Ceredigion and to Aberystwyth, a town which Plaid Cymru wants to designate as the official cultural capital of Wales.

In terms of transport and the economy- perhaps the most essential aspect of nation-building- we have made gains on north-south and east-west links. Work on the case for the Carmarthen to Aberystwyth rail line, improvements to the A470 and A487, the Rhondda tunnel, removal of the Cleddau Bridge tolls and the new Menai crossing are all directly from the Plaid Cymru manifesto. I’m delighted that we are putting a physical stamp on the transport map of Wales ahead of forming that next administration. “Build for Wales” isn’t just a slogan for Plaid Cymru, it is our mission.

Steel is part of the agreement. Leanne Wood put it right when she said that Plaid Cymru would not contemplate a Wales which didn’t have a steel industry. We have therefore secured agreement that the £30m power plant can go ahead at the Tata site in Port Talbot, as part of the agreement which sees that company commit to steel production in the south. The Swansea Bay and Western Valleys metro proposals, which until this agreement were not official government policy, also get the affirmative signal for strategic outline cases. Traws Cymru also gets upgraded from bus to coach, news which will be welcomed by passengers in rural Wales. Other economic commitments include money to help businesses prepare for any impacts from Brexit, and a foundational economy programme.

The NHS remains a Plaid Cymru emphasis. Following a campaign by Steffan Lewis AM, the Welsh NHS will now provide perinatal mental health support for mothers and babies. This service was outsourced from Wales by the previous Labour Government in 2013. To reuse a phrase from party conference season, we’re bringing it back!

On the environment, our key accomplishments include issues directly raised by Simon Thomas AM in recent months such as the glass and can deposit scheme, electric car-charging infrastructure, and the prospect of 100% rate-relief for community renewable energy schemes, a major campaigning issue for Hywel Williams MP and Sian Gwenllian AM in Arfon. We have also attained a Young Farmers’ grant scheme worth £6m over two years.

The all-Wales dimension to the budget deal is critical. This was a key theme of our manifesto. For the sake of the Welsh language and national unity, we must have a balanced Wales. The strong local emphasis on these projects is matched by the provision of funding to establish “Arfor”. The local authorities of the western seaboard have the opportunity to take this forward according to their needs.

And seeing as I have spoken of a Wales of justice, one of the most tangible achievements is the protection of the Supporting People grant. This year it took Michael Sheen to lift the issue up the political agenda, with the Labour Government having cut the programme in the previous Assembly. By my reckoning, this deal represents the third occasion where Plaid Cymru has used its Assembly presence to protect the Supporting People grant. I commend the campaigners and Michael for putting this on all of our radars.

So what we see from the Plaid Cymru wins in this deal are the green shoots of an alternative programme. The Labour Government does not have our confidence and we’ll be abstaining on their overall budget. We intend to call votes and ask questions on the big issues where Labour won’t move, and to hold their feet to the fire on delivery. That means the hike on tuition fees, a full-scale Bangor Medical School, and the public sector pay cap. We are reviewing the “Compact” with the Welsh Government for that reason, and will remain an opposition party.

We’re in a political environment where deeds matter as much as words. I’ve worked to put together this deal as step on our journey to forming the next government in a more powerful Welsh Parliament. Opposition with a purpose will take us to that destination.

This article originally appeared in the Western Mail on October 2, 2017.