Plaid plans drive to slash avoidable deaths – and save 10,000 lives 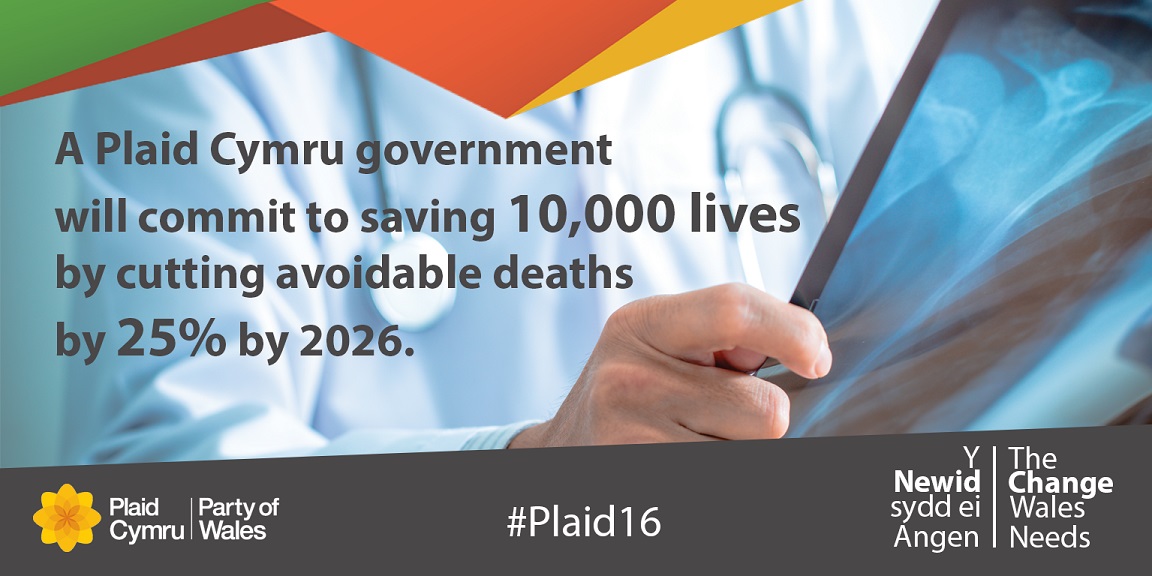 Plaid Cymru is today marking World Health Day by highlighting its manifesto pledge on cutting avoidable deaths, such as from smoking, alcohol and obesity, by 25%, saving thousands of lives.

“Too many people are dying prematurely in Wales and we need to do much more to reduce the number of avoidable deaths.

"This week, Plaid Cymru launched its ambitious programme for government including a commitment to cut avoidable deaths by 25% by 2026, saving 10,000 lives.

“Obesity is one of the major public health challenges of our age. Our proposed ‘pop tax’, widely supported by the medical profession, would tackle the issue of obesity.

"Reducing the number of unhealthy people will save lives and also mean reduced costs for our NHS.

“A Plaid Cymru government would look to extend measures to reduce smoking. This could include raising the age of purchasing cigarettes from 18 to 21 and extending the
areas where smoking is banned to places where the public go, such as parks and beaches.

“In 2013 it was reported that 7,601 people in Wales passed away as a result of a preventable deaths. If action proposed by Plaid Cymru succeeds, more than 2,000
lives a year could be saved.

“Despite advances in medical technology, the rate at which avoidable deaths have declined has been lower in Wales than in England. This means we have to take
tougher action to prevent avoidable deaths, including setting what is an ambitious target.”